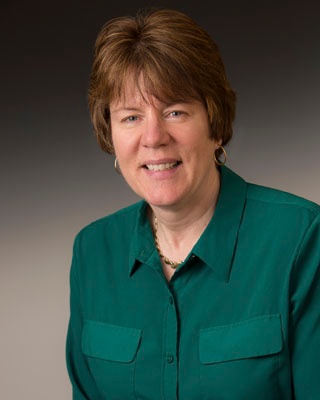 If you have been reading all the hype about autonomous truck driving and that the drivers are going to be outsourced to Siri or Gigit (that is what I named my phone assistant) hold on to your log books, chains, and fuel cards. I have a bit of insight from my Eyesight on my newly purchased Subaru.

I recently traded off my last SUV because I became a grandchild toting Gammy.  Now that there is more in the car than just me, I felt I better take care of the cargo.  When I went looking, I never expected to be setting in a car that could drive for me.  When the salesman and I went for a ride and he showed me all the gadgets I thought, my gosh I don’t need those.  I been driving for years and I’m still at it, I don’t need no stinkin’ help.  Then I got to thinking about all the up and coming things for the trucks in the news and I decided I was going to pay the extra cost just so I can see what is possibly down the pipeline for you guys, the drivers of the iron horses, the chariots of the road, the haulers of all good stuff, the makers of my paycheck.  These extra features are called Eyesight Driver Assist Technology and Blind Spot.

The Blind Spot is the alert you get when someone is in your right or left side blind spot. The technology also alerts me to the trailer running gear I am backing toward when getting out of my yard in the morning.  Not a bad reminder to have when the first full cup of coffee hasn’t kicked in yet in the morning.  At least my bumper is still scratch free!   This gets a thumbs up from me for sure, 5 stars +++++ a 10 rating and so on.

The Eyesight is the other part of this feature.  It looks like a super huge rear view mirror on my windshield to begin with.  It has the lane departure feature which alerts you when you get too close or cross a line on the road when the blinker wasn’t used with a beeping noise.  I was glad it wasn’t that annoying voice like we have all heard before saying ‘recalculating’ from our navigation gadgets.  This just beeped and didn’t say ‘Weaving’ or ‘Lane Driving’ or some other annoying verbiage.  Maybe it will increase the use of the turn signals.  Even as a driver of a 4-wheeler  I get annoyed at the number of vehicles out there that don’t come with them because I never see it blink before changing lanes or turning.  Mine comes with them and even tells me when I haven’t used it.

Most of you know that I am an avid outdoors person and I admit when driving I will look across the fields in search of a big buck, or strutting wild turkey or where the rummage sale sign is pointing too.  Natural reaction is to turn the direction that one looked and I have found that I took my eyes off the road longer than I had thought because it alerted me to being too close to one of the lines on the road.  For that I give this a thumbs up, 5 stars +++++ and a 10 rating also.

There is a down side to this part.  Living in South Dakota, we have the yearly natural occurrence of freeze and thaw.  Our roads expand and contract making cracks in the highway.  The road maintenance is to fill them with black tar to lengthen the life of the road.  These shiny black cracks are picked up by the Eyesight and beep like crazy and I am driving where I am supposed to be!

I can bump this up a notch and active another level of this to where I can let go of the steering wheel and it will keep it between the white lines!  I have done this only a couple times and it is scary to say the least.  It will steer itself so that it will maintain that lane at whatever speed you have the cruise set on.  I can watch the steering wheel move to the right and to the left and so on.  It is a bit eerie to say the least.   Especially if you lightly hold the wheel and you can feel this force moving it on you.  Here is the catch to that….Not all roads have bright white and yellow painted lines.  No line - nothing for the EyeSight to follow and steer the vehicle leads to disaster.  Then there is the previous issue of the squiggly tar crack tracks that the EyeSight picks up.  Good grief I would be pulled over in a heartbeat for suspected DUI if the vehicle was allowed to follow that line.

Another feature of the EyeSight is the crash avoidance with the pre-crash throttle management and the pre-crash self-braking.  I have not tested this feature other than once I came cruising into my garage stall a bit fast one day (I didn’t think it was that fast) but the car braked one me.  That felt weird too.  The car stops and my foot is still on the gas!  It has done that also if someone in front of me is turning and I come up to them too close for the car’s comfort. The car will decelerate even though I am going to miss them.  Is that bad?  No.  Actually a good thing to remind me that people do dumb things all the time and I should wait until that person is completely off the roadway before proceeding.  We have all seen or heard someone talk about how the car that was hit was turning and then decided not to or stopped completely in the road and they got rear-ended.  A lesson that is all too familiar.  The salesman set up a big 5 foot by 5 foot bag filled with something and we ‘run’ at it with the car at 30 mph and it stopped us just inches from the bag.  We did this a couple times so it wasn’t just a fluke the first time.  Over 30 mph it is not as effective.  It will beep at you to bring your attention back to facing forward so you can see what you’re about to hit at that speed.

The adaptive cruise control on the EyeSight is very nice.  When I activate the cruise control, it will keep me at a safe following distance from the vehicle in front of me.  I can set this distance from really close to really far away and sometimes it is really far away it seems.  Anyway when it detects a vehicle in front of me, it keeps me at that distance I have set.  The down fall is when I am just driving along and come up behind someone on the interstate that is running 73 and I had the cruise set at 75 it slows one down to that speed.  I have found myself putting along because the slowdown is so gradual and if I am gawking out in the fields looking for wildlife, I could be following them for miles before putting on the blinker and changing lanes.  (Can’t have it beeping at me) Once it senses nothing in front of me, it kicks it back up to my cruising speed.    When it senses something really slow you can feel the car decelerate and then you know right away and can change lanes.  I like this feature as well because it keeps one at a safe following distance so again, a thumbs up, a 5 star +++++, a 10 rating.

I found out right away that if there is ice, snow, dirt, layer of bugs, fog on the inside of the window, it alerts you with beeping and flashing dash lights that the EyeSight is not working.  That is your indicator that you better have a hold of the helm and be conscious.  How many of you have had that type of stuff on your windshields?  The trucks still have to get through the weather to make our deliveries.  We are not a fair weather trucking company.  It is a LONG way from taking the human element out of driving ,be it the little 4 wheeler like I have, or the BIG TRUCKS that supply us all with all the GOOD STUFF!