We have always prided ourselves on being a family owned trucking company. K&J owner operator Justin Hamann likes being a name instead of a number. “Everybody is family-oriented here. You can talk to anybody and they talk to you like a family member instead of just an employee," Justin said. But Justin isn't the only member of his family at K&J—continue reading to learn about how his family is part of our family, and how that helped him on his path to becoming an owner operator truck driver. 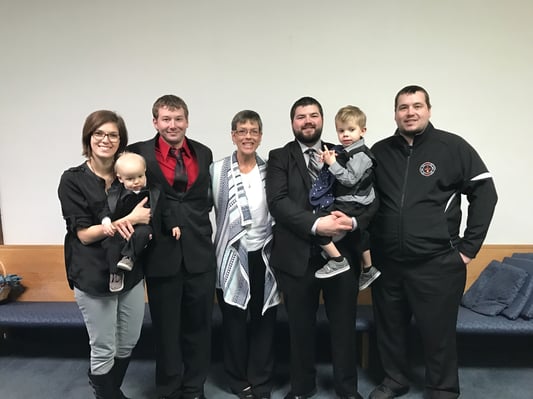 Growing Up in the Shop

Justin's mom and step-dad have both been a part of the K&J family for 13 years, so he's been coming to the shop and riding in their trucks since he was just a kid. “I knew everybody there before I even started working for them," he said. "That was a big help for me." Justin said he has known since high school that he wanted to drive truck some day, and when that day came he chose to join our family.

The Road to Running Your Own Business

After driving a gooseneck livestock trailer, Justin got his CDL and started turning his dream into a reality. When he started at K&J, he already had his Class-A CDL, but wasn't certified to drive with air brakes. After retaking his driving test with a vehicle that had air brakes, however, he was ready to get rolling. "Shelley really wanted me to go to school for trucking, but my step-dad talked to her and she let me train with my parents," Justin said. After about six weeks, he was in his own truck. Justin said he appreciated that K&J let him train in the way that best helped him succeed. "There would usually be a little bit of awkwardness," he said, "but with your parents you just don't feel that."

After driving in a truck his step-dad owned since he started at K&J, Justin recently decided to buy his own truck to become an owner operator. While Justin said the purchase was exciting, he also said, "It was a little scary at first, but Shelley and everybody else at K&J made it so much easier to actually go through with it and buy it. They sat me down and talked with me about the cost of basic maintenance and things like that so I knew what I was getting into without going in blind." All in all, Justin is happy with his decision to become an owner operator. The biggest perk? "You make a little bit more money doing it that way," he said with a chuckle. 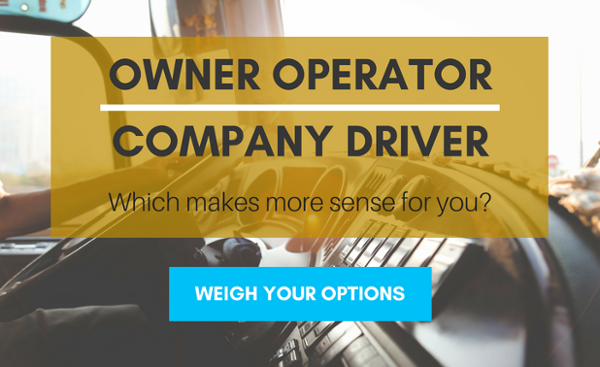 Are you ready to take the next step to follow your dream of becoming a driver or  Owner Operator? Click below to find out why K&J might be the right company for you!