K & J Trucking is celebrating their 40th anniversary of incorporation this month. In the cold February days of 1979, Dave and Sharon Koch and their investment partner Don Jerke signed paperwork to officially become a business.

This past summer, Sharon was awarded the 2018 Women Empowerment & Entrepreneurship Award by the Small Business Administration for her exemplary work in a male-dominated industry. Dave and Sharon built K & J Trucking from nothing; and did it by treating people right.

This is the story of the early days of K & J Trucking.

Dave wasn't raised in trucking, but came to the career because it was a good way to support his young family. He started as a driver for a family-owned LTL trucking company in Minnesota, gradually working his way up to being their Sioux Falls terminal manager, then moving back to Minnesota as their vice-president.

But when the owner of that company passed away, Dave and Sharon knew that if they were ever going to start their own trucking company, it was now or never.

At the time, the Koch's were in their late 30s, busy with work and family life, but they knew the time was right. They remembered their days in Sioux Falls fondly, and decided it was the perfect place to start their business.

As soon as they arrived in Sioux Falls, Dave began working his old sales contacts. One of his first stops was Morrell's, a local meat packing plant. He told them, "I want to start a refrigerated trucking line. What lanes are you having trouble covering?"

Ted Gunderson, who was the traffic manager at Morrell's at the time, mentioned that they were having trouble getting anyone to go to Arizona; so that is where Dave planned to start. With the help of a $5,000 investment from Don Jerke (the J in K & J), Dave purchased his first truck.

In those early days, a friend of Dave's worked for a trailer company. He would let Dave and Sharon borrow a refrigerated trailer at no charge; the only stipulation was that he get it back before the company did inventory and noticed it was missing!

This act of service did not go unnoticed. For many years, Dave insisted on purchasing trailers from this company as a way of saying repaying the favor.

For her part, Sharon kept the home fires burning and did a lot of the paperwork involved in keeping K & J running—and she knew a lot about trucks!

Throughout Dave's earlier trucking career, Sharon worked part-time beside him, both at the terminal and through other odd jobs for the Minnesota-based trucking company.

Despite the fact that she was not a morning person, she and Dave had a ritual of getting up together every morning for coffee when he was home. During that hour, they would talk about their kids, life, and trucking. Sharon learned a lot through those conversations and used this knowledge to help her grow the business while Dave was out driving.

The first K & J employee was a man named Rick who had just come out of the military. He had never driven truck, so he and Dave team drove for awhile until Rick was trained. Soon Dave and Sharon had the money to purchase more trucks and hire more drivers.

When Dave was out on the road, Sharon would take phone calls. She even occasionally served as the maintenance contact! All those years of working together and getting up early were coming full circle.

As their fleet grew to three to four trucks, Dave was able to get off the road and work in the office and shop "full-time." In reality, he was working much more than full-time. He was often in the office all day and still working on trucks late into the evening.

"Starting a business is difficult; most of them fail," commented Shelley, daughter of Dave and Sharon, and current President at K & J. "I know my parents didn't take a paycheck for many, many weeks, just so they could take care of their employees. When you're small, your employees are your family. That culture is still a big part of who we are today."

Dave and Sharon, by virtue of their own honesty and hard work, were building a strong business with loyal customers and workers that were much closer to family than employees.

The Koch's made it their goal to support other small businesses as they grew. So when their friend Pat started a business called Balance Systems Incorporated, Dave and Sharon offered to haul much of Pat's early freight for free.

As a sign of his gratitude, when Pat got on his feet and his business became wildly successful, he continued to use K & J to haul his freight. And he paid very well.

People from other truck lines would call and tell Pat that they could haul his freight cheaper and he would say, "That may be true, but one thing you can't do is be my friend."

"My parents, probably without realizing it, started that culture from day one," Shelley said. "I learned how to do the right thing, and I learned how to help people out when they needed help, understanding that it might not always come back in the right way, but that's okay. The guy that lent my dad the trailer, sold us trailers forever, no matter what the cost. I learned loyalty from my parents."

By the mid 1980s, things were going quite well for K & J. In 1988, Dave purchased a small trucking line from a friend of his who needed to sell his 12 trucks. That sale helped the business grow even more.

After Dave had a heart attack, he and Sharon made a succession plan naming their middle child, Shelley, as vice-president and asked if she would take over if anything happened to Dave.

As a young 25-year-old, Shelley agreed, never imagining that in just four short years she would be grieving her father and running the business. At the time of Dave's passing in 1991, K & J had grown to a fleet of around 55 trucks.

"I was thrust into a pretty intense situation," Shelley said. "My dad left big shoes to fill, and my mom had just taken a well deserved retirement." It was a hard time, as Shelley was raising her kids and growing a company, all at the same time.

When Shelley's youngest son was born, Sharon came back to work full time at K & J.

"She always did the stuff I struggled with," Shelley said. "She knew and loved everyone. She was the PR person, the heart and soul. She always puts relationships and people first. My mom understands people, which is really the only talent you need. You can learn an industry, but people skills are harder to teach."

Dave and Sharon Koch have always been people of faith both outside and inside the office.  In the 1990s, Sharon chose the phrase, "A Child is a Gift From God" to be on the back of each and every K & J trailer. That tradition continues today, largely because of her influence.

Seven years ago, Sharon got sick and had to retire for the second and final time. She is still involved in the big decisions of the business as owner, and is a great sounding board for Shelley, but her presence in the office is definitely missed. 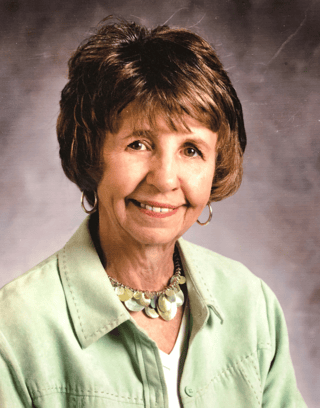 A Strong Vision for the Future

Despite the passage of time, much of Dave and Sharon's original vision for the company still shines through in the day to day operations at K & J. Trucks are still expected to leave shiny and clean just like Sharon expects. K & J is still one big extended family, and honesty and integrity are still at the helm.

If you want to know more about what makes K & J unique, click below!