Can marriage while out on the road together actually work? Brad and Bonnie Hendriks know it can. They've been trucking together for five years and they still love it. Whether working 24 hours a day 7 days a week with your spouse sounds like a dream or a nightmare, you have to admit it is certainly unique. The Hendriks, owner operators with K & J, shared their feelings about team road life for anyone considering hitting the road with their significant other.

When I asked Brad how long they had been married he chuckled. "Well, it depends on who you ask," he said. "I say we've been married almost 33 years, but Bonnie always tells people that it is more like 16 because of all the years I was gone one the road while she was home with our kids."

Bonnie agreed, "When people ask how long we've been married I always tell them about half of the real answer because for many years he was only home about three days a month."

"Those early years were hard," Brad said. He credits Bonnie for being a strong and capable woman who could handle their four children, three boys and a girl, while he was gone; and Bonnie credits her family for their support.

"It was challenging. Every situation is different with trucking families. But for us, I know that my family was a big support," Bonnie said. "I also called Brad a lot, I prayed a lot, and my parents lived close by so that got us through."

Hitting the Road, Together

Thankfully, those hard days are behind them. The couple decided to go out on the road together about five years ago. They had always planned to go out together at some point, but as the discussions became a reality, Brad requested that rather than just being a passenger, Bonnie should get her CDL too.

The ability to share driving responsibilities has been a game changer for the couple. While they are team drivers, they still dispatch from K & J on a single driver schedule for the most part. This gives them extra wiggle-room in their schedule to enjoy side excursions to the mountains, ocean, or even national parks. 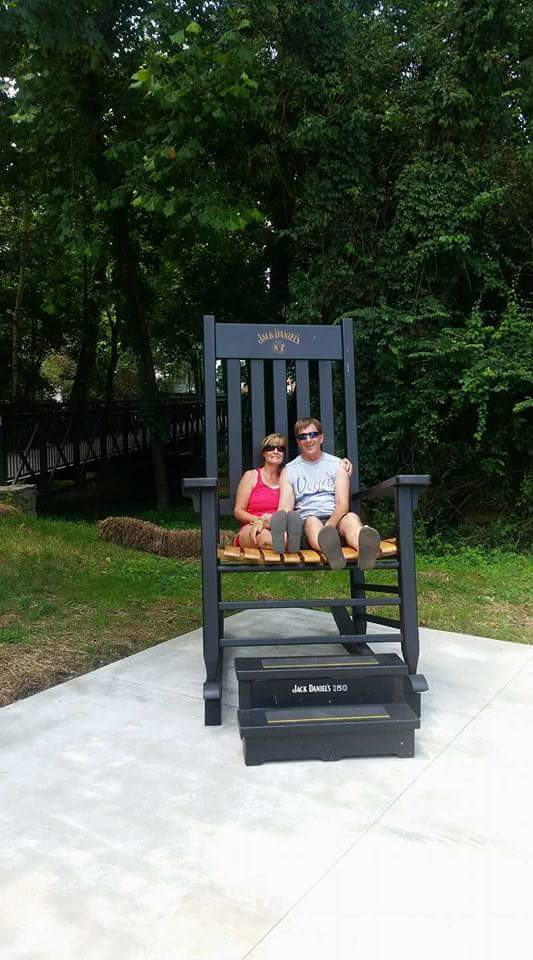 Sharing driving responsibilities also means that they each get to operate out of their strengths rather than their weaknesses. For example, Bonnie doesn't like driving in windy conditions or in heavy city traffic so Brad often pulls more weight in those situations. While he gets tired around 10 PM and Bonnie is more of a night owl, so she will take the later shifts if needed. 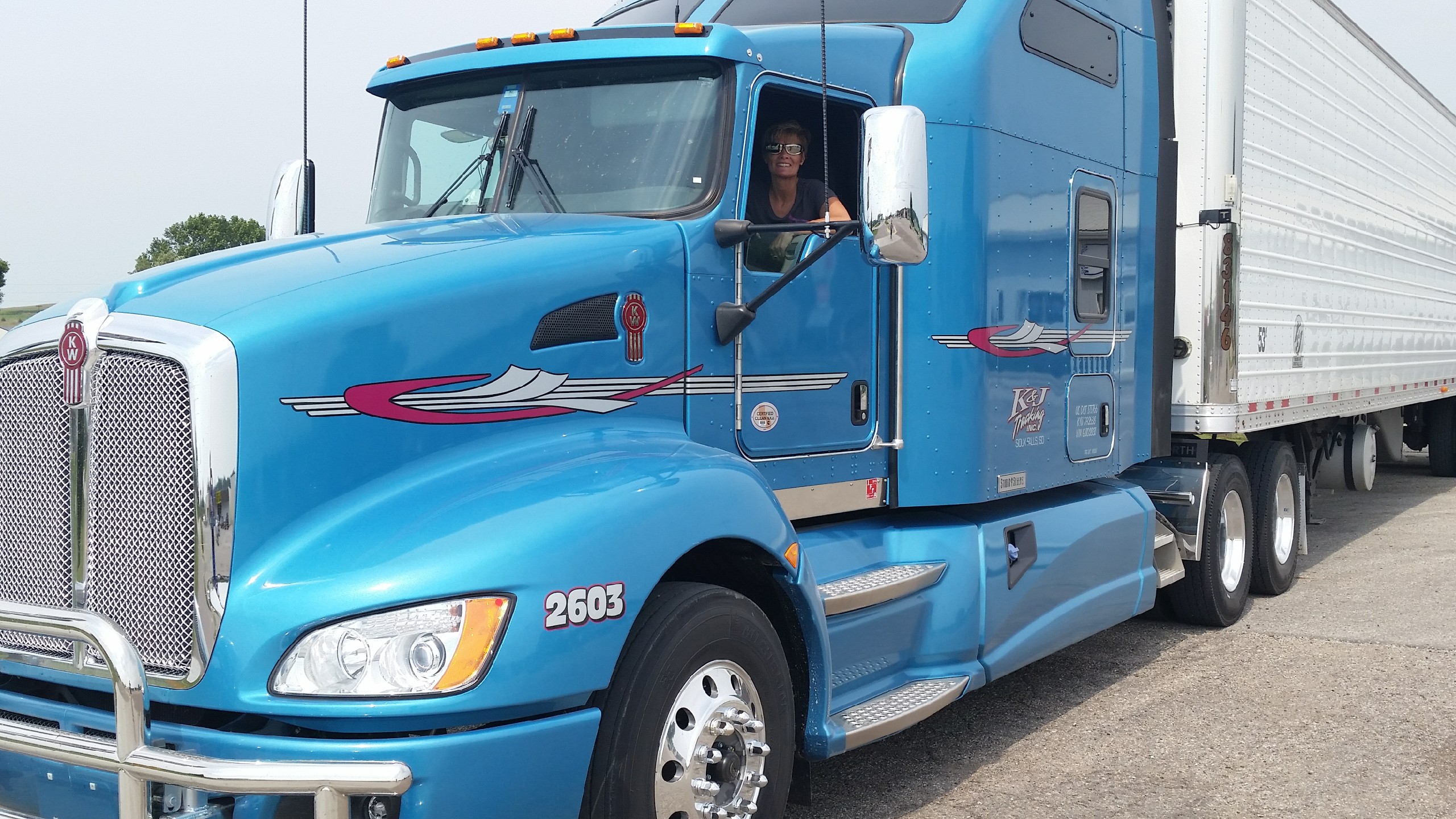 Having two drivers in the truck also means that they have more freedom from the restrictions of hours of service rules. With the tight schedule most drivers experience I was curious to get their input on how they are able to fit in recreation time.

Being Adventurers While On the Road

"We both drive, so that allows us to get to our destination faster since we have more hours to use," Brad said. "We usually aim to arrive as early as we can if it is a place we want to explore." Then the Hendriks park their truck somewhere safe and become tourists for the day.

When I spoke with Brad and Bonnie they were just outside of Salt Lake City, Utah and headed down to San Antonio. They had hopes of seeing the San Antonio River Walk when they arrived. Brad said that the biggest barrier to their adventures is finding safe parking that gets them close to points of interest; but they usually find a creative way to make it work.

If they are near public transportation they take advantage of it. Other times they get a rental car from a company that offers free pick-up service. Whether it is visiting the Grand Ole Opry, Vegas, or San Francisco, they are always up for new experiences. In fact, the Hendriks are known around K & J for their adventurous spirits.

But these adventures aren't free! The Hendricks save money by being frugal with their spending so they can enjoy sightseeing and spoiling their grandchildren. In fact, on the day we spoke they had just sent off a care package to their two grandsons and granddaughter who they only see about twice a month.

"Brad wanted to take me out to eat at Red Robin," Bonnie said, "but I said I would rather save the money and get the grandkids something nice since we don't get to see them as often as we would like."

Saving money is a creative enterprise for the Hendriks. They eat most of their meals in the cab and have gotten very good at making delicious food in creative ways. Bonnie said her quesadillas give Chilli's a run for their money. They also regularly use their George Foreman, crock pot and propane grill to eat well even while on the road. They've even mastered making spaghetti in the crockpot!

Maintaining Your Relationship is Vital

While it may not seem like it, there are hard aspects to being on the road together. "Being in the truck together forces you to deal with things," Bonnie said. Brad agreed, "You can't just walk off to another room when you're in a cab together." They had a few tips for those looking to make life on the road work. "Do devotions together. Pray a lot. Eat meals together," Bonnie said. "Don't forget to just enjoy being together and doing things as a couple." 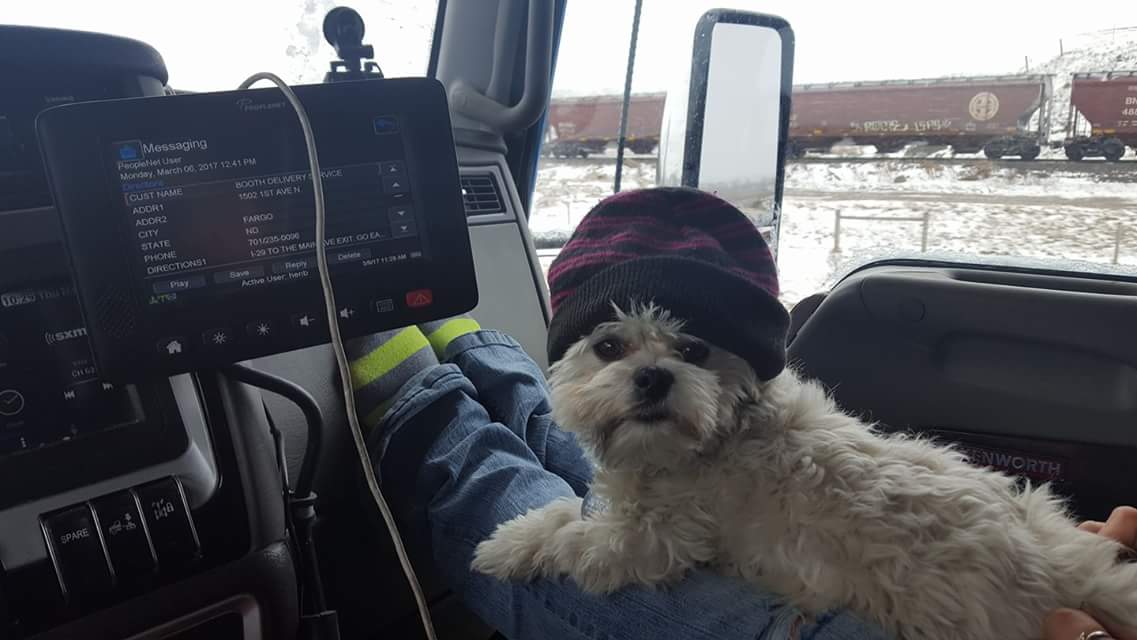 Working for a company that gives them freedom and respect has also been a huge part of making this adventure work for the Hendriks. Brad has been with K & J for about 14 out of his 32 years in the industry. "K & J has been awesome to work with," Bonnie said. "They always say family is first, trucking is your second priority. We were blessed to find them."

Feeling blessed is a theme that seems to flow from the Hendriks. They exude gratefulness for this life and career that allows them to explore the world and be together. It is refreshing to witness.

" I really feel blessed, like I'm living life on vacation," Brad said. Bonnie agreed and summed it up well, "We just enjoy life. I feel like we missed about 25 years. It is like we are getting a second chance."

One of the things that makes K & J different is how well we treat our drivers. If you want to learn more about why drivers love this company, click below!