When K & J driver Billy Killian was dispatched to a load in Vermont in August, he also got to check a box on his bucket list. He had now driven truck in every one of the lower 48 states.

“Took me 40-something years to get there, but I finally got there,” Billy says.

In 1973, Billy began driving truck part time while going to college in Morehead, MN and Bismarck, ND. It was very important to his parents that he get a college education, but Billy just loved to drive truck. He would work for a few months to save up money, then he would go back to school until the funds ran out, then back to work, and so on. Once he completed his college degree, he was able to drive full time, and he hasn’t looked back.

Billy was kind enough to chat with me recently and answer a few questions about his time OTR throughout the years.

1. What was your first ever trip?

Hauling a load of cows from Bismarck to the Twin Cities.

2. Which state is your favorite?

I like running up in the Northwest. It’s really pretty, lots of trees. I also like Vermont and upstate New York quite a bit.

3. Which city has the worst traffic?

New York City. I don’t like it at all and I’m glad Shelley [K & J president] doesn’t make me go there. Minneapolis/St. Paul is pretty bad too. I would rather drive in L.A. than the Twin Cities.

4. Which state has the worst drivers?

They are all about the same. You just learn to deal with people who don’t know what they are doing.

5. What’s the weirdest thing you have seen OTR?

One time I saw someone hauling a huge rock on a drop deck trailer. The rock was probably 13 feet high. I really wondered what they were going to use that for.

6. What’s the scariest thing that has happened to you OTR?

Nothing really stands out. But probably just wild drivers or crazy weather - I’ve seen it all. I always drive very defensively and stay in control of my own vehicle because you never know what’s going to happen.

7. Which state has the best food?

I’m not a big food person. Shelley gives me McDonalds gift certificates when I help out around the shop - and that’s what I like best!

8. Which state has the best roads?

Montana probably because there is not much traffic compared with other states down south, so their roads stay pretty decent. But all roads are getting bad.  There's just not enough money and time to go around to fix them up.

9. What’s your favorite thing to do while driving?

I like to talk on the phone. And lucky for me, my boss provides XM radio, so I listen to a lot music. My favorites are 60s, 70s, and country music, it just depends on my mood. On the weekends I will listen to Nascar races.

10. What is your fridge always stocked with?

11. What did it feel like hitting your 48th state?

On the one hand, it was really exciting. On the other hand, it was just another day. I had a job to do: pick up a load of cheese near the Canadian border in Vermont to bring back to Minnesota. So, I focused on that.

12. Do you have any plans to visit Alaska and Hawaii to cross off all 50 states?

I actually lived in Alaska when I was younger and my dad was in the service. Both my siblings were born in Fairbanks. I would love to visit Hawaii when I retire, but right now I’m enjoying my job too much to do that.

We asked Billy to take a pic of his time in Vermont, but he reminded us that he still just enjoys his simple flip phone. So instead of a pic of his travels, enjoy this recent pic from Billy's 15th anniversary celebration at K & J. Here he is pictured with Mike Bose, Operations Manager, and Shelley Koch, President. We look forward to many more years working with Billy! 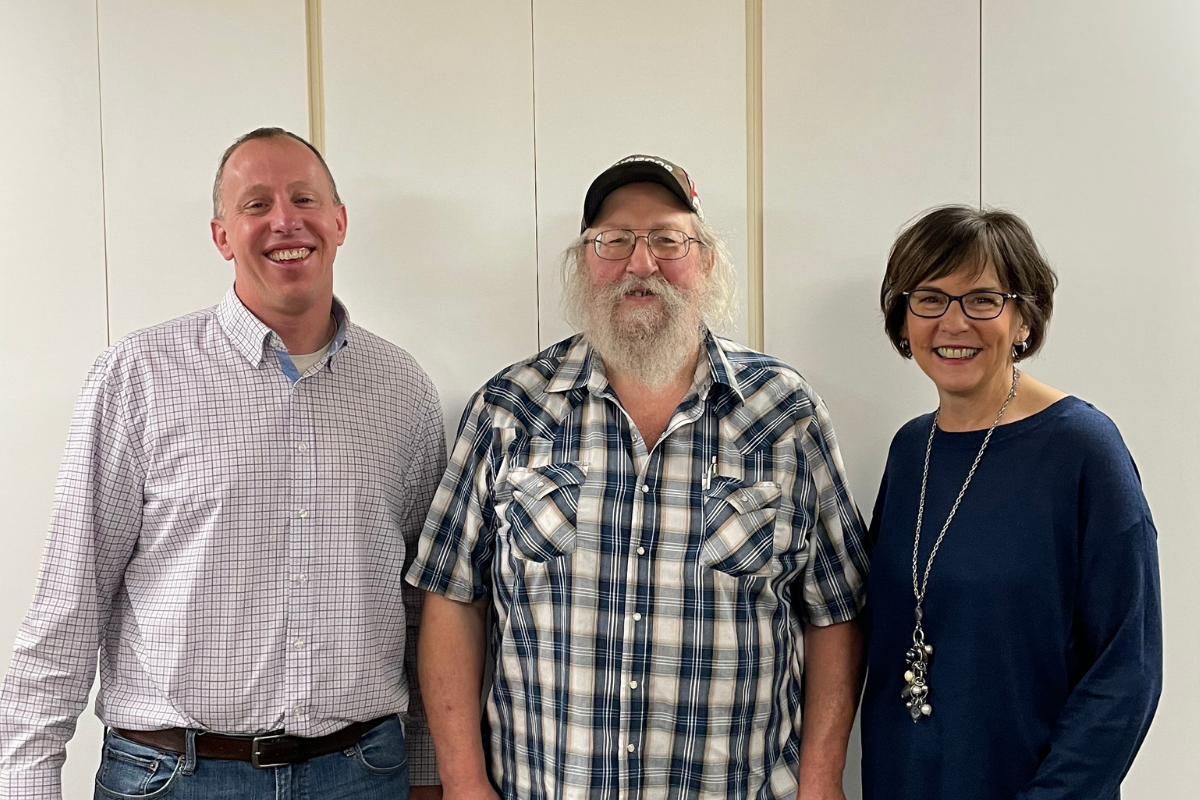 To learn more about driving with K & J, click below!

Trucker Taxes for 2021: Tips to Save Money